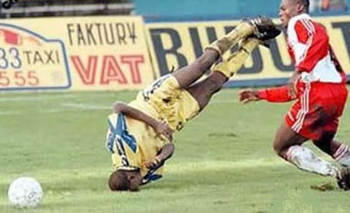 Glorious and praiseworthy as it may be, the sports of soccer and its players remains bound with different twists and turns in certain occasions. There will always be a bad day ready for players out there and coincidentally, these mistakes even makes its way to videos and are streamed. Sports lovers like Sporting Press definitely loves and respects the game of soccer and its players, but when extremely hilarious failures comes up, there's surely no one who'd be able to blame us or even you if you happen to cringe or even laugh your heart's out from it. If you agree with this, then you'll surely love to know that there are noteworthy funny soccer bloopers that are undeniably must-see for non-sports individuals and sports lovers alike.

It's definitely a hype and moving moment to see a player in soccer to get that ball into the net successfully. This is even more so when he finally kneels in front of the crowd for that victory gesture, but never would the player in one of the funny soccer bloopers today would have thought that it would end up in a unique mistake. As the player knelt, he accidentally lost balance and landed straight on the ground with his face, ending the expected victorious gesture into a hilarious mistake.

There's also one funny soccer blooper where a player was injured and of course, two medics with a stretcher were called to give him a ride out of the arena. When all players and spectators alike were serious in this tragic occasion, the two medics found themselves in a ridiculous mishap as they carry the stretcher in two different directions, not clear of where to go. The result - the other medic lost his balance and almost sat on the injured player's face. Fortunately the two medics regained their composure and has finally led the player out of the arena. 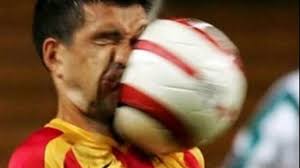 In the arena, there's no doubt that there's certain attention pasted on the referee as he guides the game towards a fair track. However, one referee ended up in a funny compilation as he waltzes throughout the field in an attempt to do his job. It's something you'll only understand when you see it as the referee literally ballets throughout the course of events, paired up with other gestures that would make you question if he's simply like that. Another referee turned hilariously in the middle of the game is one in a video where he went to a game drunk. He's in a posture holding his back and was undeniably not in the mood for getting the game on the right track. So, other officials tried to take him out of the court, only to find themselves in a series of funny failed attempts before getting a success.

There are simply numerous funny sports bloopers today in the internet and it seemingly has no end. One thing for sure is that for those who are looking for such funny mistakes, you'll certainly have your daily dose as long as you search them right through different sites out there.