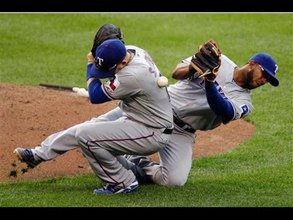 The hype and adrenaline you'll feel in a baseball game is definitely real and there's no doubt that if you're feeling the pressure, the players themselves are swimming on more than what you can imagine. However, the more serious the game is, the more hilarious some catastrophes can become and thus, the rise of Baseball Funny Bloopers which sports lovers and non-sports individuals are captivated with. Sporting Press has also been caught red-handed laughing ourselves out like there's no tomorrow from these funny bloopers and there's no doubt that you'll want to search out specific videos that have certainly captivated the crowd.

Laughing on kids learning the game is definitely not the way we do things, but there's certainly no doubt that there are still kid baseball bloopers you won't be able to help cringe on and maybe, laugh on. One such video is when a kid named Nathan has been appointed batter of the team, only to find himself in a catastrophic twist as the pitcher throws the ball and unexpectedly hit him right on his private part. It may have definitely earned conflicting comments, but there's no doubt that Nathan taking one for the team in the most literal way, was viewed as funny by many. 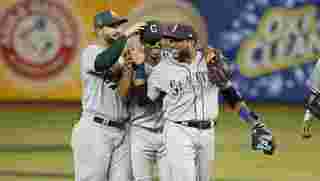 In a Japanese Baseball event shown in Television, a batter has also experienced a huge hit on his career in a more hilarious way. As the batter aim for an infield hit and run to the first base, he manages to accidentally trip himself right in the middle of his run. However, in the eyes of many, they found it hilarious because it was though he was beating out the throw way far from the base. It's a catastrophic failure but it still didn't stop him from continuing the game.

The hilarious failures doesn't end within the walls of the baseball field as fans themselves have epic moments that you'll surely find as worthy of becoming part of baseball funny moments. One of them is when a fan had a free catch on a ball, only to let it fall back in the walls. We had our fun, but the fan definitely was left in disappointment. Still, Baseball Funny Bloopers have brightened the day of many out there and there's no doubt that it would do the same for you.